Over the past year or so, I have been asked more and more often about my opinion on Chromebooks, and I want to offer an informed opinion. I know that many educators have taken up the conversation on Chromebooks, especially Joe Wood. Also, so I have some base of knowledge from which to speak and because I want to give it whirl during our 2013 Chippewa River Writing Project summer institute, I bought a new toy this week — the Samsung Chromebook.

So, what have I noticed so far in two days of using the Chromebook? First, given my reliance on Google web apps and the Chrome browser over the past five years, the interface switch has really not been too demanding. I basically live my entire professional life via Gmail, Google Docs, and Chrome, with occasional forays into standalone applications, mainly Word, when I really need them. Thus, I was accustomed to the Google interfaces, and when I loaded up the Chromebook, all my extensions and web apps loaded right away.

The next element, of course, is getting used to the keyboard. While my fingers are still getting used to some of the different key spots as compared to the Mac, I am accustomed enough to the idea of a Ctrl-C for copy that getting acquainted with the keyboard isn’t too troubling. Also, the built in search button is pretty handy and the keys along the top of the board allow for easier web browsing and controlling the window.

The computer itself starts up incredibly quickly, not quite so fast as a tablet but certainly much faster than a normal laptop. There is adequate on-board storage, and Google also throws in a terabyte on Drive for two years, which is a pretty nice incentive for those who are doing more and more work in the cloud. Besides getting used to the fact that I am doing everything online — no programs to load here — I find the rest of the functionality like connecting to wifi, logging in and out, and changing other settings — to be relatively simple. 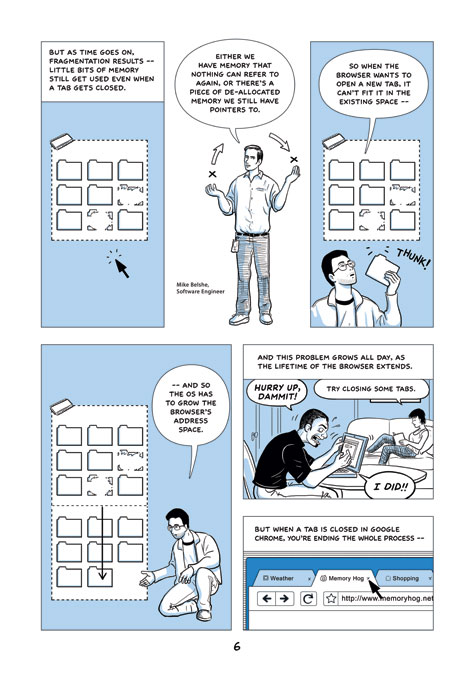 The other point worth noting is that Chrome itself syncs across devices and, as I noted above, will load all your extensions. In a sense, it is like have portable apps with you, but really it is an entire computer that you bring and not a jump drive that you have to plug in and load. Way back when Chrome came out and they talked about how it was built different from other browsers — mainly that each tab essentially functioned independently — I didn’t really appreciate what that meant until now, when I can see that you would not want your entire computer to restart because of one bad web site. If this was true in 2008 when Chrome was released, then it is even more so now with more and more web-based applications running.

In terms of digital writing and teaching, however, I think that this has some serious implications for helping students think about when, how, and where they are using web-based apps. Yes, there are privacy concerns, and I am not entering that part of the debate right now. Instead, what I find very exciting is that a student could — with the help of a knowledgeable and pedagogically insightful teacher — think very strategically about how to choose a handful of web services and utilize them across devices. School computing, with Chromebooks, could be highly affordable and definitely portable. Not that tablets or other computing devices, including ones brought in with a BYOD program would be obsolete; instead, we would need to help students think carefully about utilizing web-based services in productive, academically rich ways.

And, at a $250 price point for the Samsung Chromebook that I am using now, it is worth having an extra laptop in our house full of kiddos, all of whom use Google Apps for their homework in some fashion. Given the functionality and integration with Google services, I think that this is probably a better deal than the OLPC laptops that I bought a few years ago for my kids, which ended up barely being used.

So, I am (so far) quite happy with this purchase, and I am sure my family will get our money’s worth from it. As I play more with it in our summer institute, I hope to think more about its affordances and constraints… and share some of that thinking here.